Provides MU community with tools to assist in fully integrating international students and fostering intercultural competence for all students.

It is important to remember that international students are facing many challenges while studying here at Marquette due to cultural and linguistic differences. They may be experiencing culture shock, anxiety resulting from a loss of familiar social customs, cues, and norms.  Be understanding of students who may seem withdrawn and/or struggling to acclimate to the U.S. culture. Adjusting to a new environment is a different process for everyone.

Definition
According to the Intercultural Knowledge and VALUE Rubric by the Association of American Colleges and Universities, intercultural competence can be defined as: “a set of cognitive, affective, and behavioral skills and characteristics that support effective and appropriate interaction in a variety of cultural contexts.” As colleges and universities continue to diversify, consult this rubric to assess intercultural knowledge and competencies for faculty and staff.

Darla Deardorff’s Intercultural Competence Model (2006) is based on five elements: attitude, knowledge, skills, internal outcomes, and external outcomes. This model provides a framework that can be utilized to guide a curriculum that promotes intercultural competence and assessment of learning outcomes. 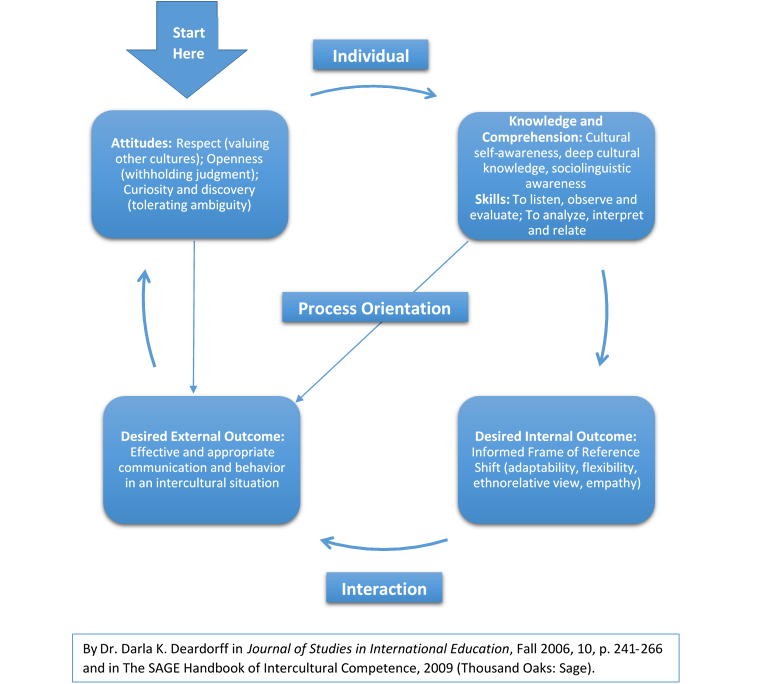 Many people are at different levels of intercultural competence. To help visualize where you may be, look at the Developmental Model of Intercultural Sensitivity (DMIS) by Milton Bennett (1986). There are six steps to achieving an intercultural mindset:

Stage 2: Polarization- A judgmental orientation that views cultural differences in terms of “us” and “them.”

Stage 4: Acceptance – Recognizes and appreciates patterns of cultural differences and commonalities in one’s own and other cultures.

Stage 6: Integration – Able to move smoothly in and out of different cultural worldviews and develop a feeling of membership in a new culture. 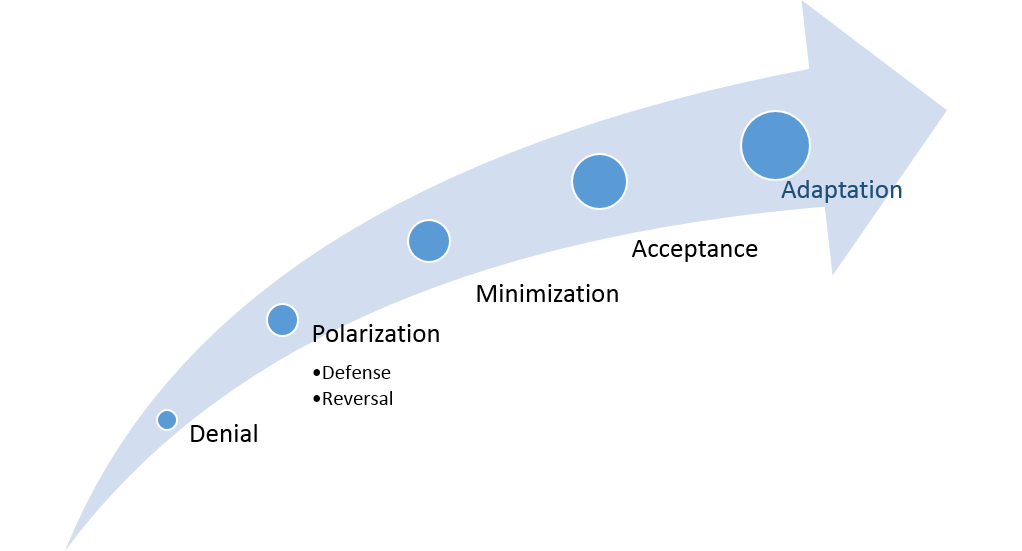