Skip to Main Content
It looks like you're using Internet Explorer 11 or older. This website works best with modern browsers such as the latest versions of Chrome, Firefox, Safari, and Edge. If you continue with this browser, you may see unexpected results.

A guide to finding comic books, graphic novels and research materials about them in the Marquette Raynor Memorial Libraries.

Welcome to the Guide 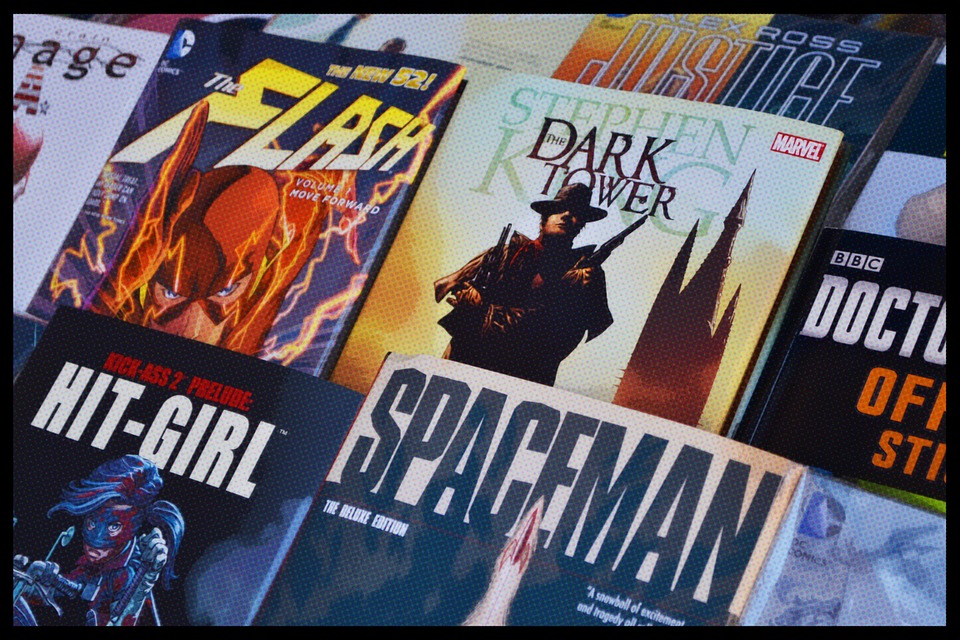 The Raynor Memorial Libraries has a plethora of comics and graphic novels in its collection that run the gamut of genres, from superheroes to historical events and medicine. This guide is intended as:

So, what is the difference between a comic book and a graphic novel?

According to Diamond Bookshelf, when a story is published in the hardcover or soft cover format first (that is, without periodical serialization), it is referred to as a graphic novel and only a graphic novel.

A comic book or “pamphlet” is the traditional periodical form most people are familiar with. A comic book can stand on its own or be a part of a series. A series is also sometimes called a “title,” which refers to the entire series, not a single, discrete unit.

Sometimes, multiple issues of a series are collected into one volume. It can be hardcover or softcover. Softcover editions are often called “trade paperbacks,” or just “trades,” regardless of size. A hardcover or a softcover can also be called a graphic novel.

Many of these terms are inter-changeable, as you can see. A graphic novel can refer to a hardcover or soft cover, to a reprint collection or an original story. Similarly, all of the formats referenced can be called comics or comic books.

The following books in the library collection are great resources to start learning more about comic history, scholarship and creation.