This annual lecture series hopes to inform people about the history of the civil rights movement and evaluate the legacy of the movement for our country today. The series is sponsored by Raynor Memorial Libraries and the Office of the Provost.

The Trumpet of Conscience: MLK’s 1967 Message on “The Impasse in Race Relations” and How We Move Forward in the 21st Century

In 1967, over one hundred race riots erupted across the nation, most lethally in Detroit where a riot began with a police raid on an after-hours bar and ended five days later with 43 deaths. In December of that year Dr. King delivered the first of a series of prestigious Massey lectures on Canadian public radio, entitled “The Impasse in Race Relations.” After his assassination four months later, the lecture series was published in a book now entitled The Trumpet of Conscience.  In this lecture Professor Cashin will rehearse the similarities and differences between King’s assessment of race relations, poverty, inequality and violence in 1967 compared to today. The chief similarity, she will argue, stems from the persistence of the American ghetto and the isolation and othering of its residents. The chief difference, she will contend, is that today African Americans have infinitely more allies of other colors than they did in 1967. She will conclude by positing a vision for transcending current racial divisions and building power among the many who are locked out of opportunity and endure racial and economic violence and exclusion.

Directions to the Forum and Lecture

The Forum and Lecture will be held in the Beaumier Suites on the Lower Level of the Raynor Library.

The 2015 Panel Discussion and Associated Events 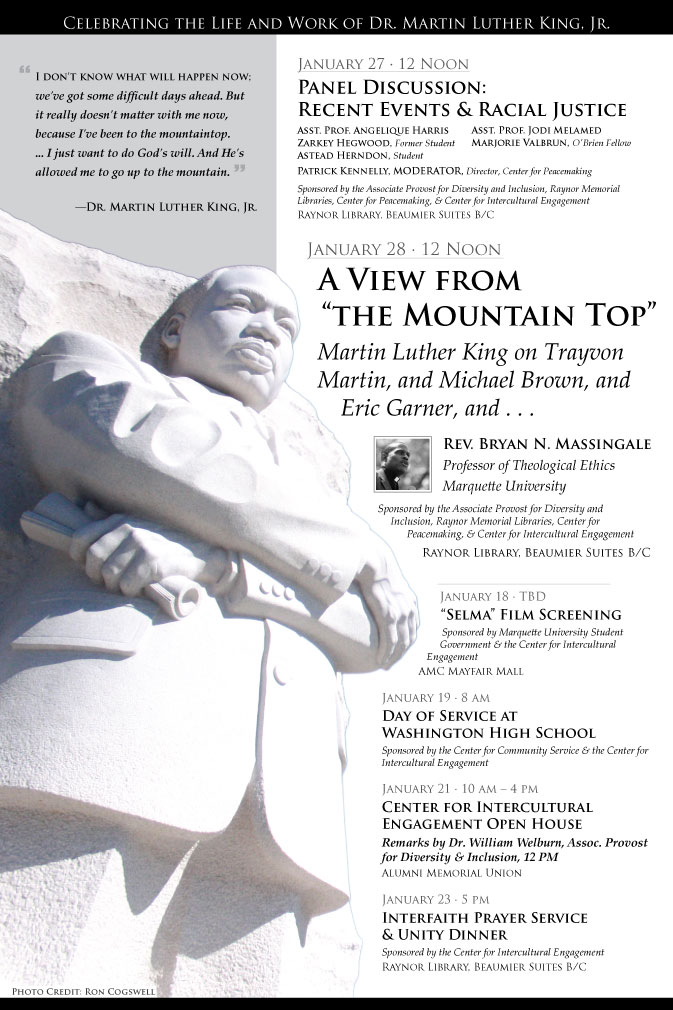 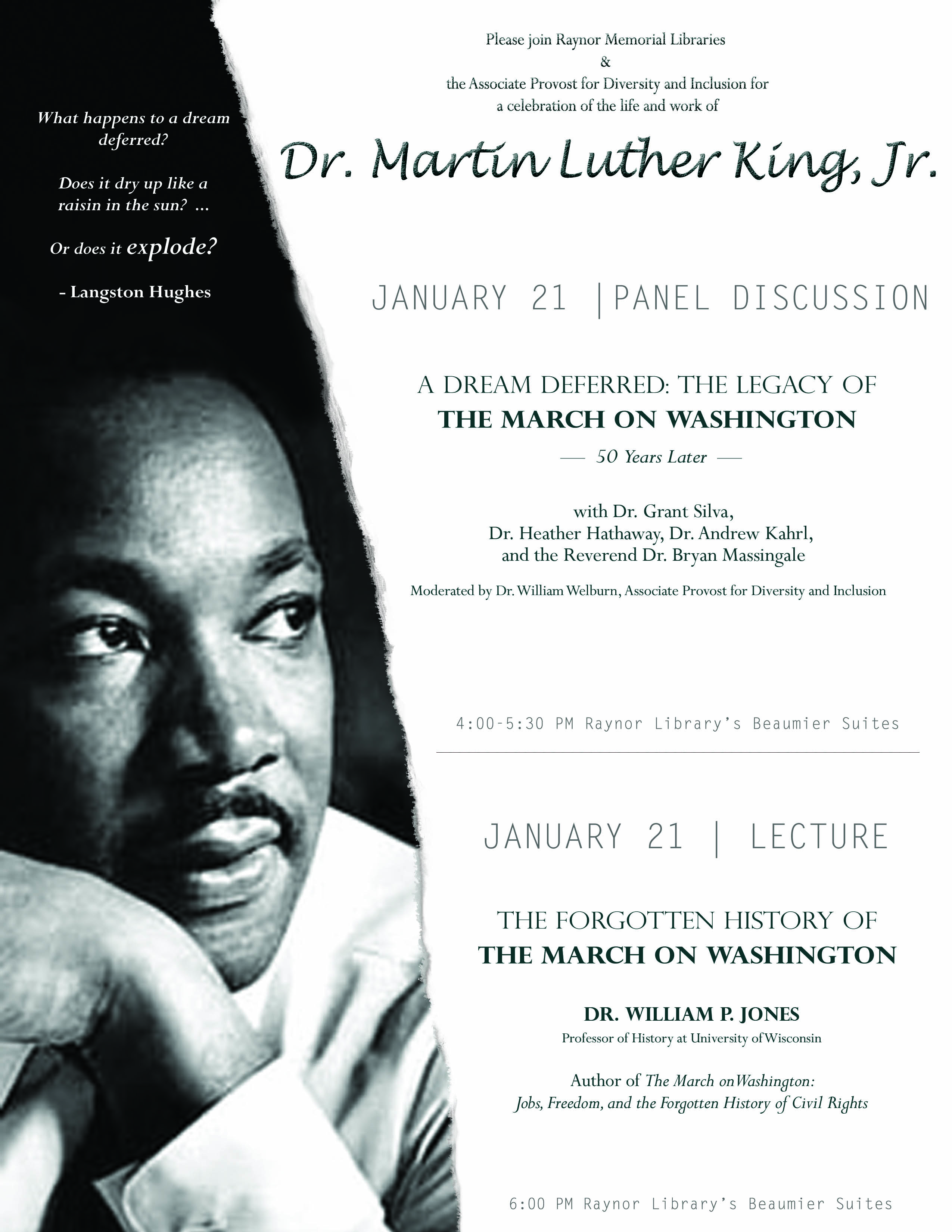 January 2013—Rev. Bryan Massingale, Professor in the department of Theology, will give a lecture on Martin Luther King Jr.'s landmark document, "Letter from the Birmingham City Jail," on Tuesday, January 22, 2013. The 50th anniversary of this seminal work occurs April 2013. Dr. King was a renowned advocate for non-violent activism during the Civil Rights Movement, which he led. His work has had historic impact. He inspired nations and changed race relations in the United States.

Rev. Massingale's talk is presented in celebration of Martin Luther King Day, observed annually on the third Monday of January. The event is hosted by Raynor Memorial Libraries and will take place in the Libraries' Beaumier Suites B/C from 4-5:30 p.m. Refreshments will be provided.

In conjunction with this lecture Raynor Memorial Libraries has prepared a Resource Guide on the Birmingham Jail Letter.